I have been trying to write a blog post about the latest series of The Apprentice for quite a while now, but I just keep putting it off.  Of course, in order to write a detailed post about The Apprentice, I need to have actually watched the current series and understand the candidates but I just haven’t had the opportunity of late and have found myself completely behind.

So, earlier this week I decided to watch the latest episode (where they were challenged to organise a couch tour), so that I could base my post on this episode.  Problem solved!  Here is a quick episode recap (with some humorous subtitles) just in case you missed it.

I think I made it about three quarters of the way through before I had to turn it off as a vast majority of the candidates were driving me mad.  I understand the process, and appreciate that it’s a TV programme made for our entertainment, but I couldn’t help thinking that I wouldn’t want to employ (or even work with) a majority of this year’s candidates.

There were two main points that I think should be troubling Lord Sugar – let’s have a look!

As I’m sure you’re aware, the candidates are split into teams who then compete, head to head in a series of tasks throughout the series.  The losing teams from each task then enters the dreaded boardroom where one person will eventually be fired!

Now, splitting the groups into teams is great and enables Lord Sugars faithful assistants (Nick and Karren) to assess the candidates on a number of criteria, one of which I’m assuming is their ability to work as part of a team!

Now, this is where the whole things falls down for me.

Although the teams are working together to win the tasks they are set, they also seem intent on discrediting their own team mates along the way, just in case they end up on the losing side and have to face Sir Alan in the boardroom.  I understand that ultimately, they are all competing against one another to be crowned The Apprentice but the ability to work as part of a team (whether you are leading it or are a part of it) is a fundamental quality that some of the candidates seem to overlook.

Is this teamwork?  Certainly not in my book!  Surely Nick and Karren can see straight through the façade that some of the candidates hide behind?!

Building strong working relationships is vital. Whether those relationships are with colleagues, customers, or suppliers, they are fundamental to the success of any business.

There was one particular part of this episode which stood out to me and made be chuckle to myself.  When one of the candidates (James I think), was trying to negotiate an 80% discount on entry to an attraction for their coach tour, all I could do was stare on, wide eyed.

The second he started to negotiate at this level, he had obviously irritated the sales manager he was negotiating with and was already onto a loser.  Not only was he massively undervaluing the product, he was trying to negotiate a price that wouldn’t be mutually beneficial.  Not deterred by the initial rejection, he kept pushing, and pushing, and pushing, before finally settling on the standard group rate offered at the beginning, and a sales manager that probably thought he was a bit of a clown.

Bearing in mind that the ultimate winner of this years Apprentice will receive a £250,000 investment from Lord Sugar into a business idea they can then develop, does Lord Sugar really want to partner with someone that has such a short sighted view of supplier relationships?  I know I wouldn’t!

As well as annoying the sales manager, it would appear that he lost credibility with his peers as well – great work James!

In my opinion, good business is built on good relationships, it would appear James disagrees.

So in conclusion, The Apprentice structure has the potential to work brilliantly in terms of building relationships and promoting team work, but is flawed due to the fact that individuals within the teams ARE in direct competition with each other.

Our Apprentice Challenge team building activity on the other hand, doesn’t suffer from this problem and is absolutely amazing– ahem! 🙂

We are now able to offer a series of fun, engaging and energising virtual team building activities that teams and individuals can take part in from the comfort of their own homes.

Find out more
Motivate and engage your team whilst they are working from home! 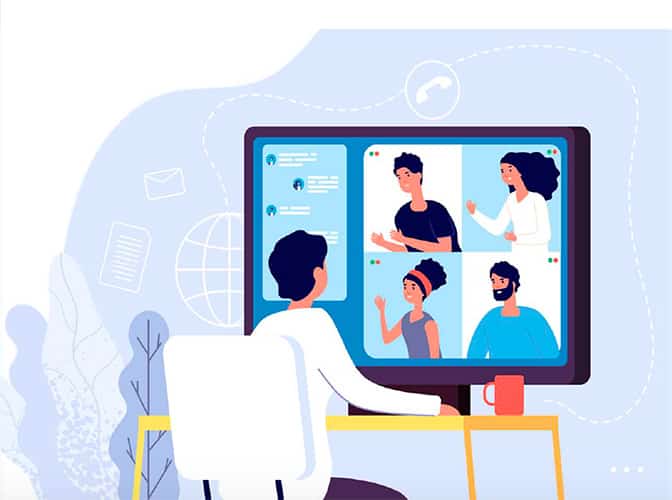