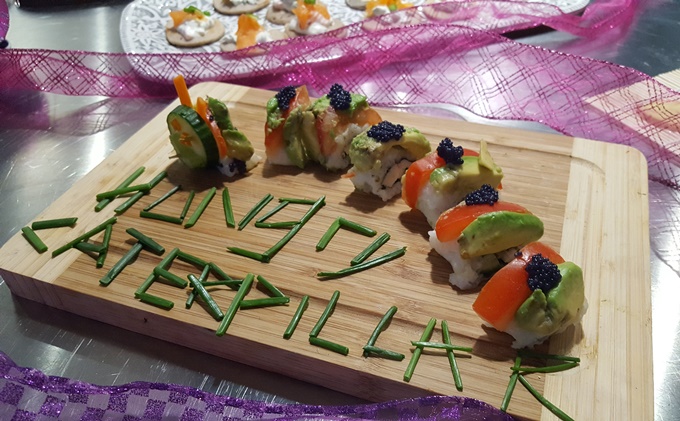 The team at FCB Halesway approached White Rhino in November looking for some corporate team building event ideas that would be suitable for them to run before their Christmas party. The chosen activity needed to be fun and engaging for all the participants, and needed to get everyone into the festive spirit.

After speaking with the team, we suggested that a cooking team building activity such as ‘Canapé Creations’ would be a perfect fit for them. As well as providing an interactive, hands-on challenge for everyone, it would also allow the participants to create their own canapés which they could enjoy before moving on to their Christmas meal. FCB Halesway loved the idea of this activity!

The FCB Halesway team wanted the event to be a complete surprise for those taking part and so our arrival and setup had to be meticulously planned to ensure nobody caught a glimpse of any of the equipment or crew prior to the event starting. 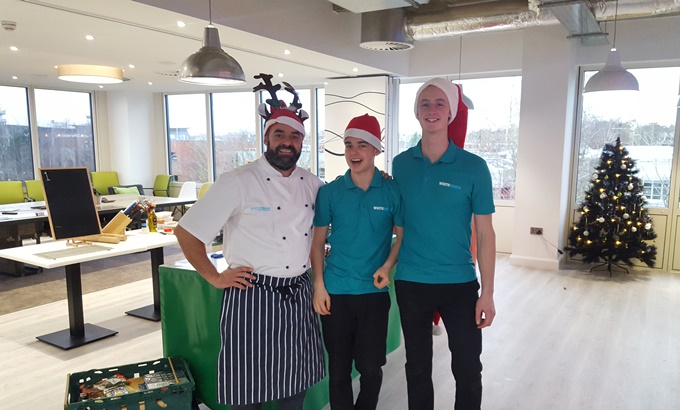 Once all the equipment was set up, the ingredients displayed, and customary chefs hat and aprons laid out, it was time for the crew to welcome guests into the newly created ‘canapé kitchen’. Thankfully our sneaking around prior to the event had paid off and nobody suspected a thing which resulted in lots of surprised faces as people entered the room.

Once the challenge had been set by the head chef, teams were set loose to start creating their own canapés. We provided all the necessary cooking equipment, utensils, and ingredients for the teams to use when creating their canapés, as well as plenty of guidance and advice from some expert chefs. 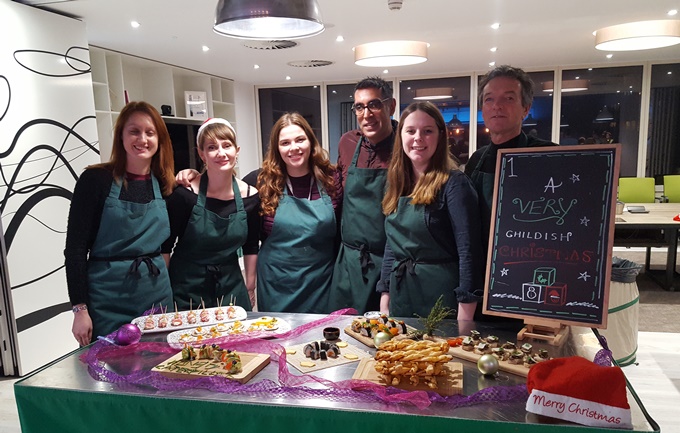 The finished canapés created by the teams were superb and went down a storm with all those taking part.

‘Canapé Creations‘ is a brilliant cooking team building event that can be run pretty much anywhere. All that is needed is a single, large room. During this event, we were able to utilise a fantastic ‘café’ style space at the FCB Halesway offices which worked brilliantly.

“It was a great activity and everyone was involved, meaning even quieter members of the group were included.  The team and the food were fab, it was lots of fun!”

White Rhino are an event management company based in Surrey and specialise in team building activities and corporate away days.

If you would like some help or advice planning your next event, please don’t hesitate to contact a member of the White Rhino team.