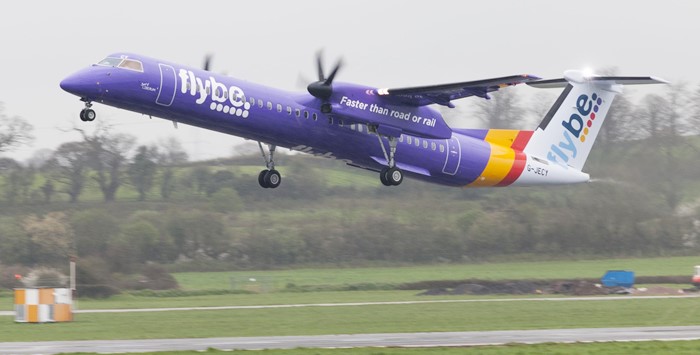 When the team at Flybe approached White Rhino to help them plan, manage, and deliver their 2016 conference we were really excited and keen to get involved.  Time was particularly tight on this event with just 5 weeks between our initial meeting and the event so it was ‘all hands on deck’ to make sure their conference was a huge success.  The event would take place in the Flybe Training Academy at Exeter Airport and in the past, has been planned and managed in house.

The Flybe Executive Committee hosted this event for around 130 senior managers from across the business.  It was their opportunity to reflect on a successful past 12 months, but also to communicate some key messages that will help the company soar to new heights over the coming year.   Flybe CEO, Saad Hammad, had a very specific ‘space themed’ idea for the conference that he wanted the team to build upon.  White Rhino were able to help them refine this idea and deliver their conference, including all event design, production, and management.

Following an initial meeting with the Flybe team we were able to create a concept for the event that would tie in with all of their key objectives and also provide the conference with its own identity.  We developed the theme and transformed the conference room to mimic the interior of a spaceship using wall draping, atmospheric lighting, and bespoke graphics.  Additional graphics were also created for the conference set, as well as a bespoke surround for the projector screen.  As delegates entered the conference room they were given the impression of traveling through space thanks to a video (created especially for the event) being projected onto the main screen and relayed to screens around the room.  This video set the scene for the day and also built anticipation with a verbal countdown to the start of the conference.

With conferences like this, we strongly recommend having a professional presenter to host the event and link the various sections and speakers.  This makes a huge difference to the smooth running of the event and adds a ‘polished’ finishing touch to the day.  This event was no exception and Mike (our host for the day) did an excellent job of maintaining the energy levels, linking speakers, hosting Q&A sessions, announcing awards, and helping to ensure that everyone was engaged from start to finish. 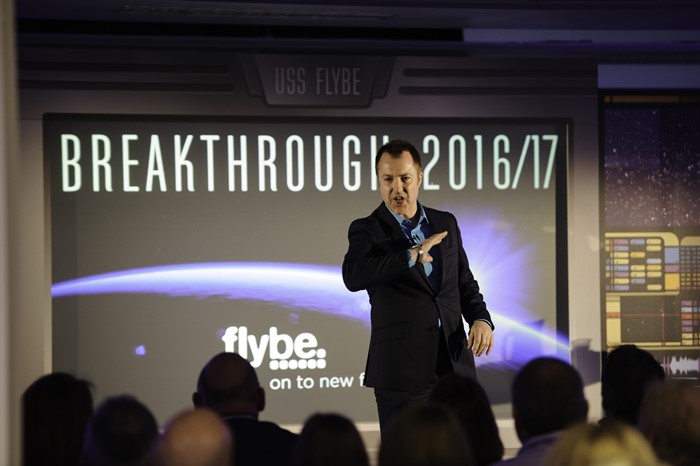 The morning session consisted of various presentations from the executive team and was a great opportunity for them to communicate the company’s success over the past 12 months and outline their plans for the coming year.  During the afternoon session, delegates took part in a team building activity which challenged them to create a 20 second video clip using ‘stop frame animation’.  Each team was given a Flybe specific heading for their animation and worked together using the materials and technology provided to produce some superb videos.  Following the team building activity, delegates headed back in to the main conference room where a short awards ceremony was hosted to recognise the contributions of various team members over the past 12 months. 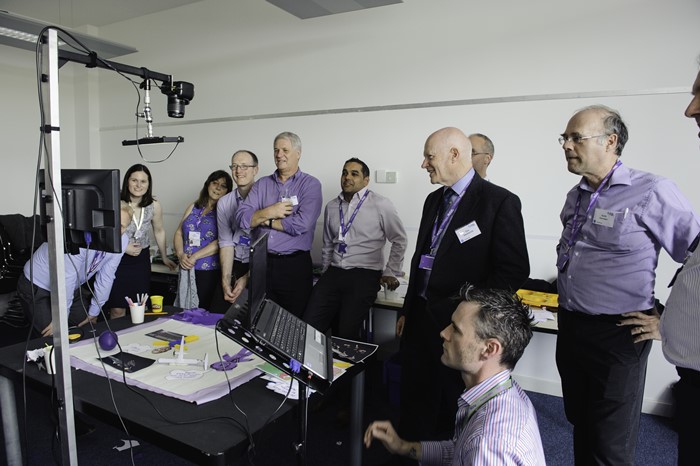 The conference finished with all of the animated clips being shown and a few closing words from Flybe CEO, Saad Hammad.

We worked closely with the team at Flybe throughout the planning process and managed all of the graphic design, video content creation, event production, catering, delegate badging, and awards manufacture, ensuring that all elements were in keeping with the event concept and identity that had been created.  On site event management was also provided by ourselves.

White Rhino provided/managed the following services for this event:

If you need some help planning your next conference or event, get in touch with one of our team.