The final F1 pre-season test officially came to a close at the Bahrain International Circuit on Sunday with Lewis Hamilton posting the fastest lap time of the day!  Teams will now be starting their final preparations for the start of the 2014 Formula One season which takes place in Melbourne on the 16th March! 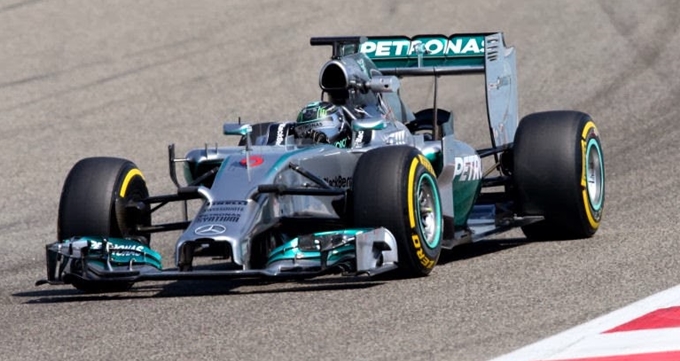 The Mercedes and Williams cars continue to dominate and will head into the opening race following a series of strong pre-season tests which saw drivers from both teams post consistently good times.  In addition both Mercedes and Williams have both clocked up almost 5000km during pre-season testing in contrast to struggling Red Bulls 1700km.  Reigning World Champion Sebastian Vettel managed to complete a total of 77 laps on the final day in Bahrain but still remains over 4 seconds off the pace set by Lewis Hamilton!

“Our final day here was a mix of good and bad,” commented Red Bull’s race engineering co-ordinator, Andy Damerum. “It’s positive that we managed to get in as many laps as we did, however, we did have a few problems. On top of that the amount of red flags didn’t help, even with the extension to running in the evening.”

For many Lewis Hamilton in the Mercedes car is the favourite to take victory in Australia – what are your predictions for Melbourne and the 2014 title?