The Torn Identity was the perfect indoor team building activity to finish a client’s two day conference last week and added the perfect mixture of secrecy, intrigue, and cunning into their event!

The event was going to take place at Alexandra House in Swindon and needed to last for approximately 3 hours.  There would be around 120 delegates taking part in the activity and it was vital that everyone was engaged and had plenty to do. The Torn Identity fitted in brilliantly with their over-arching theme for the conference.

For this event participants were split into 15 teams and were challenged to find out the identity of our secret agent and his mission by completing a series of different spy themed tasks and challenges. After successfully completing a challenge, teams were presented with another piece of vital information to help them complete the challenge.

With so many teams taking part in this event, space was at a premium and close liaison with the venue prior to the day was absolutely essential.  We were able to utilise some additional meeting space at the venue, as well as some of the hotel’s public areas, and a few bedrooms.  Having a variety of different areas within the venue worked perfectly and meant that teams were visiting lots of locations in order to complete their challenges. This was a refreshing and welcome change after being in a conference room for the rest of their meetings!

Being able to use some bedrooms for a few of the tasks was a real bonus and by being selective about which challenges we placed in the rooms, really added to the spy theme. Teams could be handed key cards and told the relevant room number by our secret agents before sneaking off and completing the challenges under the radar in true spy style.

After the initial brief was delivered, each of the teams was given a tablet which housed all of the classified documents they would need for the activity. As the event started, teams started to formulate their plans – some dashed off straight away whilst others created a master plan that they thought would earn them success. Just 10 minutes later, the whole venue was buzzing with teams dashing left, right, and centre – tracking down their chosen tasks and liaising with our special agents at the control desk.

As the time ticked away, the competitive nature of the teams was in full flow as everyone desperately tried to complete all of their tasks and gain as much information as they could before the deadline! 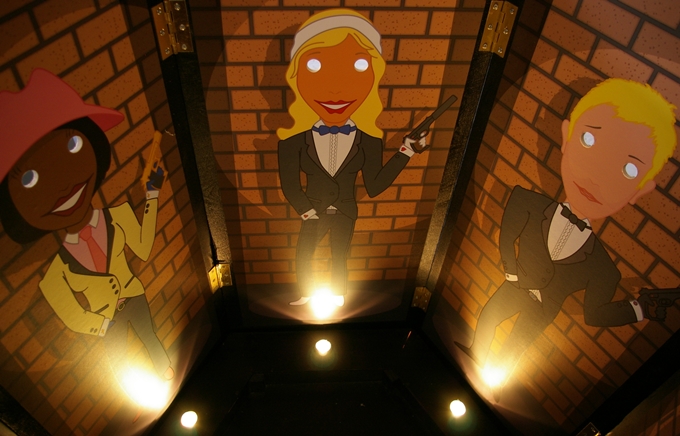 At 17:00hrs exactly, all teams were back in the main event room and ready for the finale! As the final piece of the puzzle was revealed by our very own Jason Torn, teams rushed to pull all of the pieces together and be the first to submit to correct answer to our special agent.  Once the mad dash was over and the adrenaline began to dissipate, it was time to declare the winning team and present them with their prizes.

This was a fantastic team building event that really brought out the competitive nature of everyone taking part. With around 20 different tasks of varying difficulty to choose from, teams could pick and choose challenges that they thought would best suit their team and everyone threw themselves into the activity (some delegates even armed themselves with Nerf guns for added effect – or maybe they were for protection from other teams?!).

A good venue is vital for this event to work well and Alexandra House was perfect with lots of different areas for us to use.