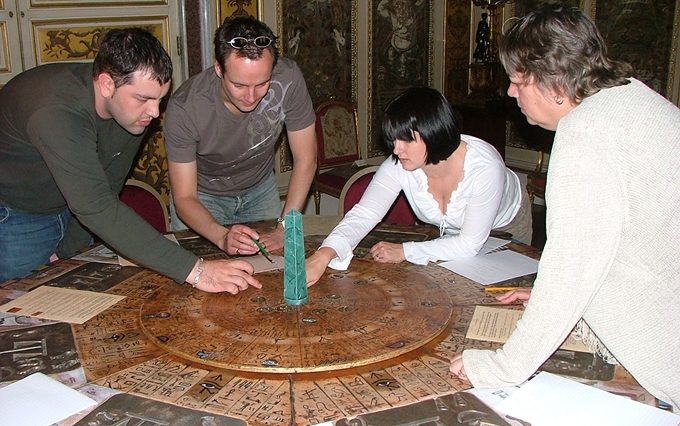 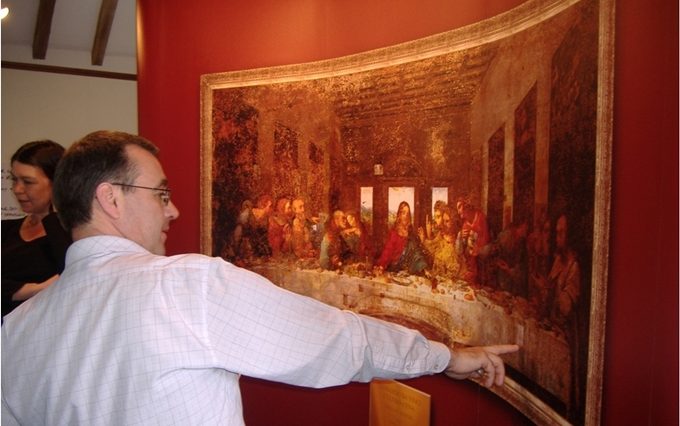 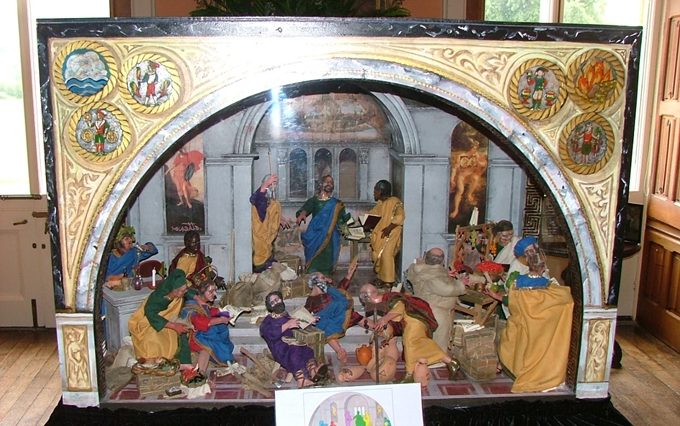 As your team are called to the scene of a murder, they take on the role of expert code breakers and are shocked at what they find!  Just like Dan Browns famous book, you will need to crack and unlock hidden codes, riddles, and ancient artefacts before your time runs out!

The Da Vinci Code team building activity is truly unique and uses historical artefacts which have been specially commissioned for this event. These works of art have been ingeniously designed and created by a team of professional artists and sculptors. Each one holds secrets and clues that relate to the mystery facing your teams.  The murder trail follows a plot similar to Dan Brown’s best selling novel (with all references to religion and religious sects removed).

Teams become united in fascination as they are completely absorbed in the murder investigation.  Working out how the clues fit together requires the input of every member of your team because the clues are hidden in very different ways. Some use word play, others require skilful observation, some require dexterity, and others benefit from attention to detail.  Instead of simply using their imagination, teams must work with the reality in front of them.

The Da Vinci Code can be run for between 2 and 6 hours depending upon how much time you have available, is suitable for between 8 and 350 people, and requires a main event room as well as smaller syndicate rooms!

Enquire about this activity

What is included within the event cost?

There are no hidden extras or 'add ons' with the activities we offer, and all of our prices include:

How long does this activity last?

We would suggest allowing around 3 hours for this activity although the running time can be tailored fit in with your schedule and the time you have available.

How long do you need to set up and clear away?

Setup and clear down times do vary from activity to activity although for this activity we would typically ask for around 1 hour to set up and 1 hour to clear away.  It is sometimes possible to reduce these times if we need to.  If you need a quick setup/clear down at your event, please let us know and we will see how this can be done.

Will you run everything on the day?

Yes absolutely!  Your activity will be run by a professional and friendly team so that you can relax and enjoy the activity along with your colleagues.

Where can this activity be run?

All of our events are completely mobile and can be run throughout the UK at hotels, conference centres, sports clubs, or even at your offices if you have enough space.  If you already have a venue booked for your event we are happy to liaise with them regarding set up for your activity.  Alternatively, we would be more than happy to help you find a suitable venue for your event.

How much space is needed for this activity?

Ideally, for this activity, we would have the main event room as well as a number of smaller spaces/breakout rooms where we could set up the various challenges and tasks.  If the weather is good we can also set up a few challenges outside if we have access. 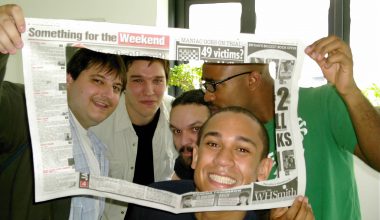 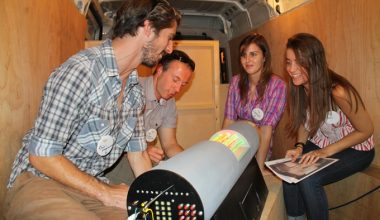